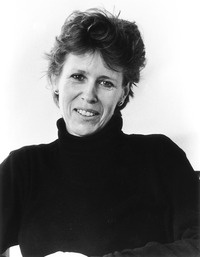 Marcia Williams began to develop her distinctive comic-book style at an early age: "When I was about ten and wrote home to my family from boarding school," she says, "I never wrote normal letters. I tried to tell my family about what I was doing in a way that was more fun. Also, my parents didn't let me read comic books, so I decided to create my own."

This former nursery school teacher blends her storytelling skills and humorous illustrations with well-known figures and stories from literature. Her unique style has produced such vivid works and action-packed books as GOD AND HIS CREATIONS: TALES FROM THE OLD TESTAMENT. "Working on the Old Testament was a joy," Marcia Williams says. "The tales are so rich, it is always possible to find something new within them. Yet, at the same time, they have all the comfort of the familiar." The artist also found pleasure in creating CHARLES DICKENS AND FRIENDS, which presents five retellings of classic Dickens tales. Of her inspiration for this book, she tells of a teacher she once had "who was extremely fierce and angry . . . except when she read the stories of Charles Dickens aloud. Through her, all his characters lived, and I was transported to their Victorian world. I hope that readers will also enter the wonderful world of Charles Dickens through this book."


With BRAVO, MR. WILLIAM SHAKESPEARE! and TALES FROM SHAKESPEARE Marcia Williams introduces young readers to the world of William Shakespeare's plays. Another classic she has made much more accessible to children--and more appreciated by them--is THE ILIAD AND THE ODYSSEY. "My mother read me classics, but until I got older I never found them interesting," she says. "If I could make these stories more accessible, I realized, kids wouldn't have to wait until they were grown-up to appreciate them."


Marcia Williams traveled extensively as a child and was educated in Sussex, England, and Switzerland. During her varied career she has worked as an interior designer and has assisted cartoon artist and designer Gerald Scarfe in making papier-mâché and cloth sculptures.

FILTER BY
SORT BY
Sort By
Displaying all 3 products 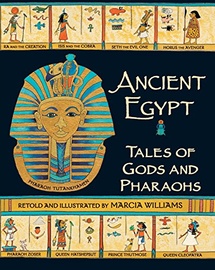 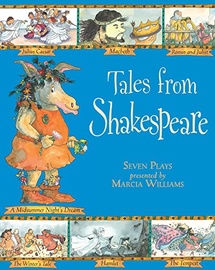 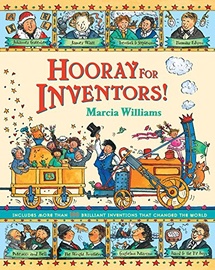